Four years ago we published the first full colour edition of gonatural magazine.
This March issue again, is almost totally dedicated to New Zealand naturism. The exception being a report from the French Federation of Naturism, announcing the passing of a true naturist icon - Christianne Lecocq. 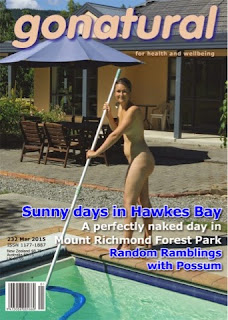 During the New Year holiday period, the Hawkes Bay Naturist Club hosted the NZNF Festival of Naturism. ‘Rapere Film Festival’ was preceded by the Annual General Meeting, where a number of media prizes and awards were presented.
NZNF Communications Officer, Donna Miller, reports on the activities held during the week-long festival and records also for gonatural, the valuable contribution Stan and Barbara Gartner have brought to naturism.

One of the younger visitors attending the festival, took the opportunity to write of her own experiences of naturism ‘through the eyes of a teenager’.

Meanwhile, back in the Mainland, and on a perfectly naked day in Mount Richmond Forest Park, Lynn Murphy, Dave Candler and a few friends explore this beautiful part of Marlborough.

When Donna Miller (pictured at left) finds the time, I have no idea, but ‘health and wellbeing’ is first and foremost in her mind as she ticks off yet another half marathon. Read her thought-provoking article in which she expands on what you can do without clothes that will benefit your body and physical well-being.

Down south in Waitati near Dunedin, Paul Campion hosts clothing optional days and has news of naturist beaches in this region.

Check out the ‘What’s On’ directory, Page 29 and visit gonatural.co.nz for news of other events around the country.

Our final items cover the first nude wedding at Bay of Plenty Sun Club, followed by the celebrations of 40 years in The Orchard. Finally, check out the Around & About column for short reports and further information.

So let’s go and enjoy some more of this beautiful summer!

Posted by Unknown at 1:09 AM No comments:

Every year the NZNF holds a National Festival to coincide with their AGM.  The festival runs for 7 days from 28 December to 3 January with the host club presenting themed entertainment each day and evening.

The Festival is a chance to reconnect with old friends and to make some new ones…a time to relax and "reboot” enjoying clothes-free recreation together.

This year the 64th NZNF Festival will be hosted by Pineglades Naturist Club at their grounds in Rolleston, 20km from the centre of Christchurch.

The theme for the festival this year is "Pineglades Rocks". 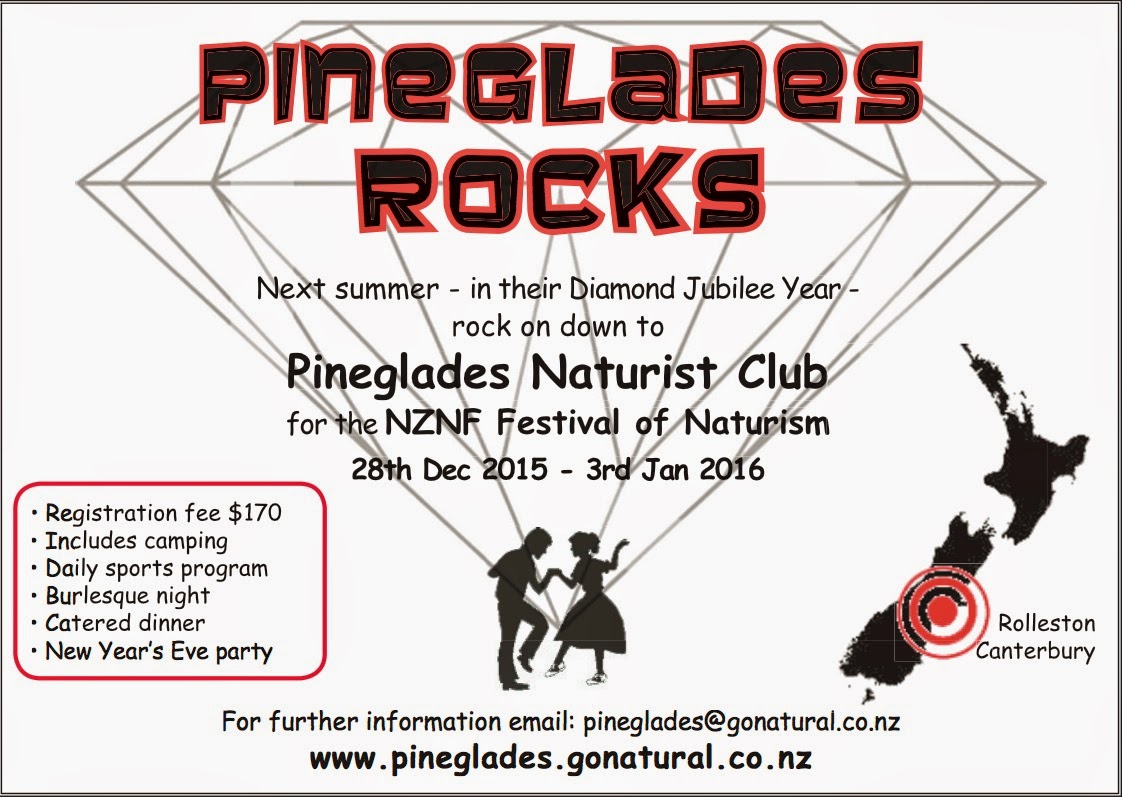 In the words of Christine Nee, Pineglades Naturist Club President and Festival Host, "Canterbury has been rocking and it's our Diamond Jubilee year and diamonds are rocks. There will be a bit of Rock'n'Roll and we are going to have a rocking good time!"

The programme will be exciting...as well as a full sports programme, there will be entertainment based on the Pineglades Rocks theme.

Pineglades' grounds are close to Rolleston with the township being just a 10 minute walk away. New World, Countdown, The Warehouse, cafés, restaurants etc. are all close by. But of course you won't need any of these because you will be too busy on the grounds at the Festival. The club is fully licensed with a well stocked bar and they will also have a shop with a range of items as well as their famous cone ice-creams. 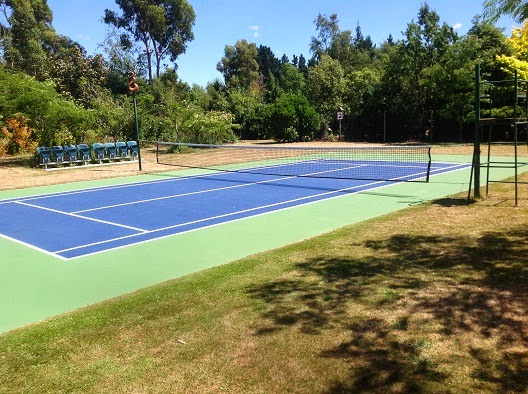 Pineglades has a children's playground, three miniten courts, five pétanque piests, two tenequoits courts and a volleyball court. This year the indoor bowls will be held outdoors on the No.1 miniten court. They can get 6 mats on that court with plenty of room to play - they've tried it and it works very well.

Unfortunately the club baches have already been booked out for the Festival, but there will be some members' baches and caravans available as well as lots of powered and non-powered sites for tents. Facilities include three toilets blocks, two shower blocks, and two kitchens.

Updates will be made with how plans are progressing and when you've registered you will get more detailed updates including the programme and what food items will be available from the shop.

So register now to be part of the rocking good fun and festivities at Pineglades Naturist Club and have some well-deserved R&R while you're there.

To find out more about the naturist community in New Zealand, check out our website gonatural.co.nz

Posted by Unknown at 1:04 AM No comments: