The June 2013 #225 edition of gonatural Magazine has now been printed and is in the process of being sent out. If you're a subscriber then your copy shouldn't be too far away from your letterbox, or your email that the digital version is available.

In this Issue #225:
It’s great to hear of various mid-winter dinners and other social events coming up over the next few months, indicating that although summer has finished, clubs never close and continue to socialise over autumn and winter.
Autumn also signals our end of year audit. Riveting stuff in a naturist magazine, but by now most businesses and clubs may have completed their financial accounts and will use this as a basis for planning ahead. NZNF Communications Officer, Donna Miller, provides sound practical ideas to make use of the quieter time over the winter to put your “business plan” together.
This issue features a wide range of naturist events including the 21st birthday of Alpine Lakes Naturist Club celebrated in Central Otago; Skinnydip Tours comprising 32 Australians who enjoyed the hospitality of the lower North Island; and an endless summer of fun with Bay of Plenty Naturists.
When you think of Thailand, you don’t immediately think of naturism, but with its beautiful beaches and tropical climate, it is reported to be the ideal place to practise it. 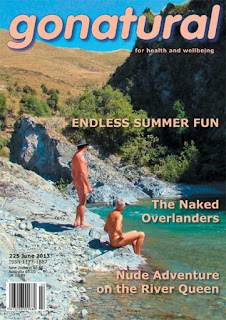 Over the ditch (the Tasman Sea that is) a houseboat on the Murray River provided the basis of a great naturist holiday for ten Auckland naturists; while back home here in Marlborough, everyone’s expectations of the Nude Adventure on the River Queen were more than exceeded with a chorus of “we’ll do this again next year”.
Nude with Attitude was launched in superb style at the Millennium Art Gallery in Blenheim to a receptive cross-section of friends, neighbours and business associates.
The Naked Overlanders crossed some pretty spectacular countryside in South Canterbury and Central Otago, taking some interesting “holiday snaps” along the way.
Still in South Canterbury - Hot Tubs in Omarama - a great place for the “wrinkly rams” to warm up after their nude dinner the previous evening.
After ten years, World Naked Bike Ride is the longest running and largest global protest that has no money backers and is run by volunteers around the world. Three rides are held in New Zealand; Golden Bay, Central Otago and Tauranga.
In the middle of March, in Middlemarch, The Orchard hosts the annual K-Cup Yankee Miniten Tournament and in Canterbury, Pineglades held a Piscean Night for several Pineglades members celebrating their birthdays under the star sign.
Next year, make a plan to take part in some of these events. Better still, plan your year ahead to include an event and tell us about it in the pages ofgonatural and on the website.
If you don't currently receive the magazine then you can subscribe to either the printed or digitial version by here.
Posted by Unknown at 12:43 AM No comments: 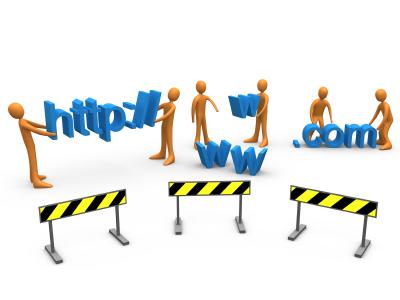 You might have been wondering why you haven't heard from us much so far this year?

Well we haven't gone anywhere...we've just been working hard to bring you an awesome new website!

Having previously just used websites without much thought I now have a much bigger understanding of the complexities that go on "behind the scenes".

First and foremost is trying to determine what our visitors/users want to know and see now and also to imagine what they could need in the future.

Once you see it I'm sure you will agree that it fits our scope of works - to have a fresh, modern, professional look and to be visitor engaging and user friendly.

In the meantime, it is still business as usual at our current site where you will find:

Posted by Unknown at 3:07 AM No comments: